A pioneer of modern bluegrass music 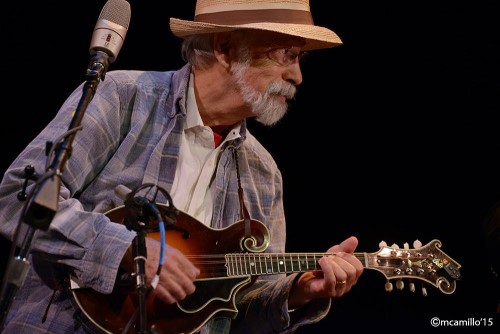 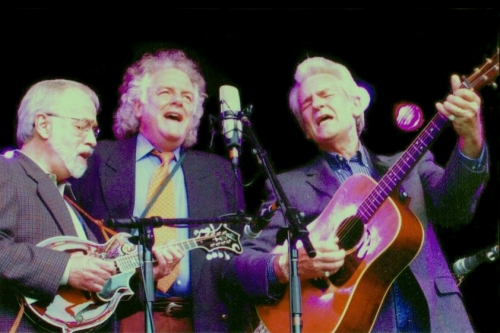 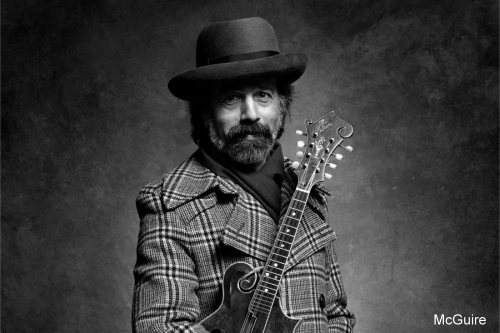 Bluegrass mandolin master Roland White has played in some of the most influential and popular groups in the music's history, and has played a notable part in creating that history. Springing from a large family of musicians, Roland, his  younger brothers Eric and Clarence, and sister Joanne first played together as youngsters in their native Maine. Moving to southern California in 1955, The Country Boys (later to become The Kentucky Colonels) won talent contests, appeared on local television shows and even landed appearances on The Andy Griffith Show. They toured the country during the folk music boom of the early 60's, creating a sensation among coffeehouse, festival and college audiences with their instrumental virtuosity, traditional brother vocal harmonies and rhythmic innovations. The Kentucky Colonels' influence far exceeded the their career as a touring band. Their "Appalachian Swing" album remains one of the most important albums of that era, a landmark in the history of bluegrass. 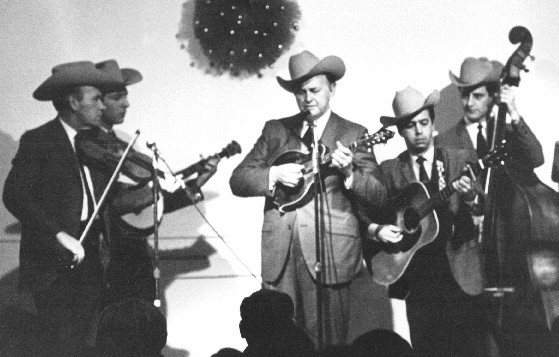 Moving from The Kentucky Colonels into a position as guitarist for Bill Monroe in the late 60's, Roland absorbed the traditional feel and repertoire from his mentor, the Father of Bluegrass, which remains a strong element in his music today. From Monroe's band, Roland joined that of another bluegrass pioneer, Lester Flatt, playing mandolin and recording several albums as a member of The Nashville Grass from 1969-1973. In 1973 a short-lived reunion of The White Brothers was brought to an untimely end due to Clarence White's tragic death. Of this brief reunion came two concert recordings that capture the excitement of the White Brothers' sound fully matured, after Clarence's excursions in country rock with the Byrds and Roland's years with Monroe and Flatt. 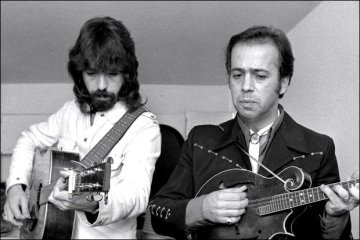 After Clarence's death Roland began a thirteen-year tenure with the progressive west coast group Country Gazette, first playing guitar and then mandolin, with such bluegrass luminaries as Byron Berline, Alan Munde, Joe Carr, and Roger Bush. In 1989 Roland joined Nashville Bluegrass Band, who distinguished themselves as the premier bluegrass band of their generation, winning two Grammy Awards and Grammy nominations on all of their albums. In 2000 Roland formed The Roland White Band, and they earned a Grammy nomination for their first recording, "Jelly On My Tofu". The band, consisting of Roland on mandolin, Diane Bouska on guitar, Richard Bailey, banjo, Brian Christianson, fiddle and Jon Weisberger, bass, has just recorded a new album entitled "Straight-Ahead Bluegrass". Roland has been honored by SPBGMA and IBMA for his achievements and contributions to bluegrass music, but he has no plans to retire--Roland and his band continue to perform and teach around the world.

Richard Bailey
A founding member of The Roland White Band and The SteelDrivers, banjoist Richard Bailey is a four-time Grammy nominee. He has played or recorded with artists as diverse as Al Green to Bill Monroe, Vassar Clements to Jim Lauderdale, George Jones to Dale Ann Bradley and many, many more. He's featured Pete Wernick and Tony Trischka's book, Masters of the Five String Banjo.

Diane Bouska
Diane Bouska plays rhythm guitar and sings blues-tinged leads and good old bluegrass harmony. She is also an accomplished  bluegrass banjo player and teacher. She has authored and published instructional books teaching Roland’s mandolin style and Clarence White’s lead guitar style, and she teaches rhythm guitar at bluegrass workshops around the country. As a founding member of the Roland White Band Diane has recorded and co-produced with Roland all of their projects, the 1994 Sugar Hill release “Trying To Get to You”, “Jelly On My Tofu" of 2003, which was nominated for the Bluegrass Grammy, a multitude of teaching videos, The New Kentucky Colonels' "Live in Holland 1973", and The Roland White Band's current CD, "Straight-Ahead Bluegrass".

Jon Weisberger
Bassist Jon Weisberger was already known as an award-winning music journalist when he moved to Nashville to pursue a full-time career as a bluegrass musician in 2002. A member of Chris Jones & The Night Drivers as well as the Roland White Band, he’s also made occasional appearances with a variety of artists, including Larry Cordle and the late Harley Allen. In recent years, scores of his songs have been recorded by a wide array of artists, ranging from Joe Mullins & The Radio Ramblers and Doyle Lawson & Quicksilver to the Infamous Stringdusters, and he was named the International Bluegrass Music Association’s first Songwriter of the Year in 2012. Jon currently serves as chairman of the IBMA’s Board of Directors.

Brian Christianson
Brian started fiddling at age eight in a family band and won many fiddle contests across his native Minnesota. In 2000, he moved to Nashville, Tennessee to work as a luthier and musician, and has had the opportunity to work with many great artists, including Ricky Skaggs, Del McCoury, Russ Barenberg, Tim O’Brien, Roland White, Kathy Chiavola, Ranger Doug and Mike Snider. Brian has also played on many recordings including his own self-titled album, Brian Christianson and Friends. In 2011, Brian and his wife Nicole opened a string shop in Nashville called The Fiddle House. The shop provides all the services of a violin shop and also hosts weekly jam sessions, house concerts and workshops. Brian, the Alabama State Old-Time Fiddle champion, plays the fiddle with The Mike
Snider String Band on the Grand Ole Opry, The Roland White Band, The Russ Barenberg Trio and on occasion with The Nashville Bluegrass Band as well as many other great fiddlers and Bluegrass musicians around Nashville, Tennessee.
IN THE PRESS